A recap of events over January – we have a lot to celebrate: 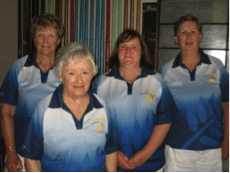 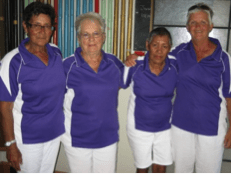 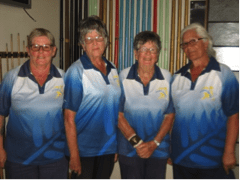 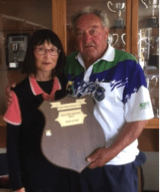 The final rounds of Interclub were held on 26th January. Our Women’s Premier team won 5 out of 6 games (3 against Massey and 2 against Naenae). Our men’s Premier Reserve team had 3 wins over Victoria all with bonuses. The Quad had 1 win in the morning and again in the afternoon.

Entries for Centre Triples close on 11th February and are being played on 23- 25 February.

The next challenge for Women’s Diamond Buttons is on tomorrow, 1 February vs Hutt at 10.00 am. Come along and support our players, Val & Lynda.

Women’s Pennants for 7th February – rounds 9 and postponed round 1; Women’s Premier are at Upper Hutt; Division 1 at Wainuiomata; Division 2 are at Lyall Bay. Owing to several women not being available for the remaining games we have reluctantly withdrawn Division 3 to assist with making up teams in the other 3 divisions. 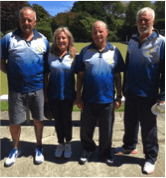 The next Gee Shield games for women are on 4th February at Upper Hutt.

The McArthur Henry Trophy was played for last Sunday, 27th. Our team of Bruce, Byron, Lorraine and Jim won 3 from 4 losing the lost game by one point, qualifying for the second section and losing the final to SV by 2 points. A great effort by our team – well done.

Our Over 60’s Rymans Gala is on 18th February – the entry sheet is beside the flyer on the noticeboard. We need assistance with catering on this occasion so if you can assist please let either John O’Brien or Chris Carter know.

This weekend it is the Centre Open Singles. We have 1 green of men at our Club on 2 February. Club members, assistance will be required for marking and helping in the clubrooms. There is a list on the main whiteboard in the Clubrooms – if you can assist please put your name on the Board. We will require more than 8 markers. Our members who have entered are: Women – Jean Goodey (at Wilton); Men – Paddy Breslin (at home); Chris Carter (at Island Bay); Dave Goodey (at Khandallah); Hugh Woods (at Victoria) and Paul (Ringo) Burns at Tawa. Good bowling to them all.

Please don’t forget to support our sponsors whenever you can.

What are you waiting for?